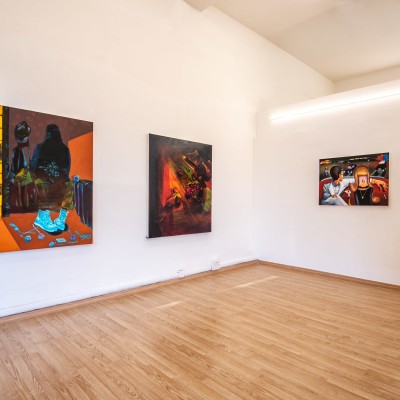 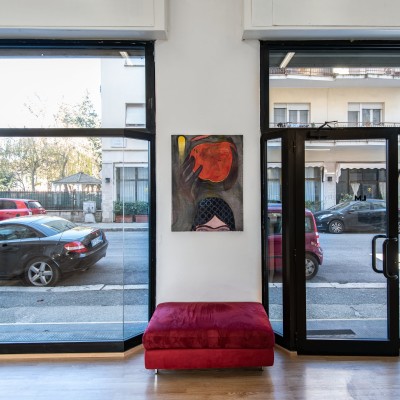 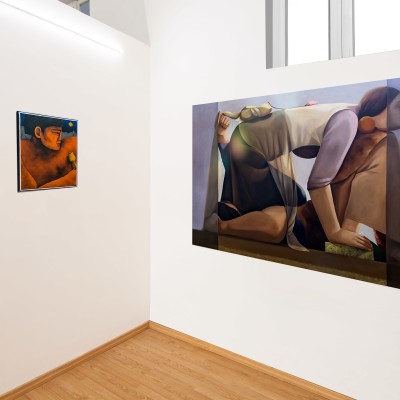 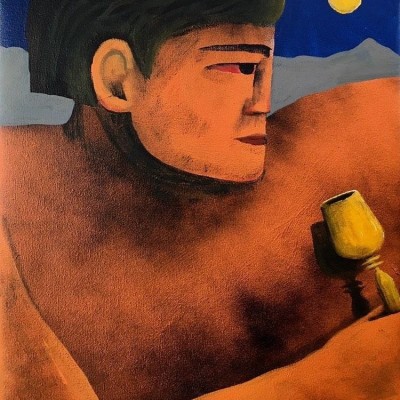 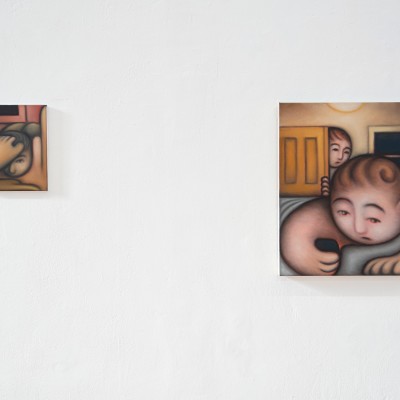 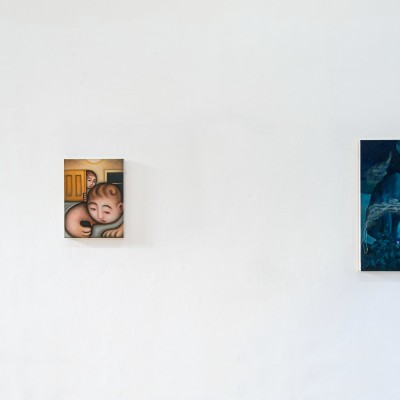 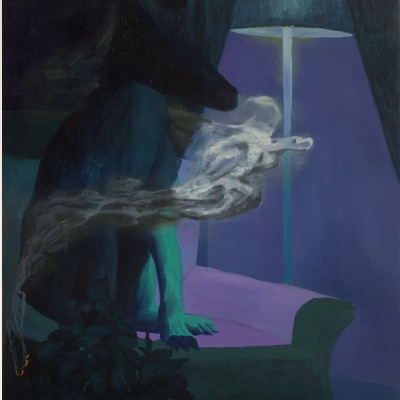 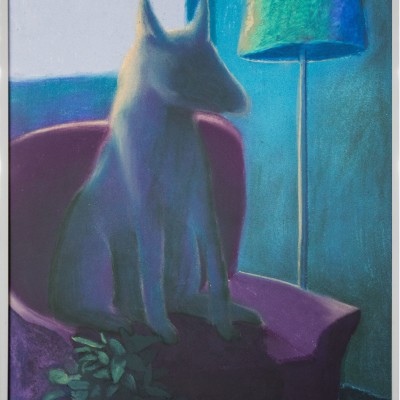 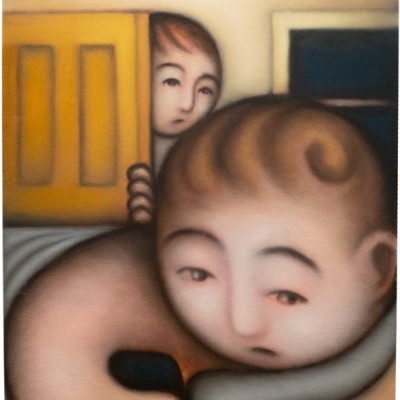 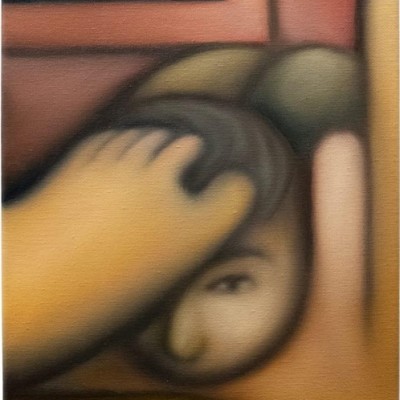 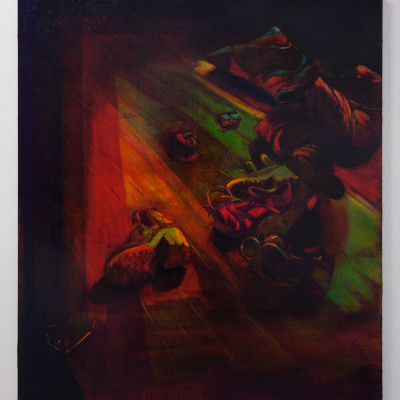 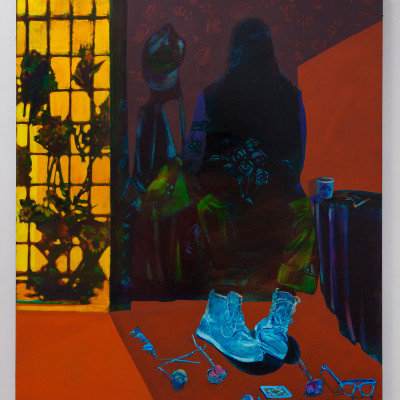 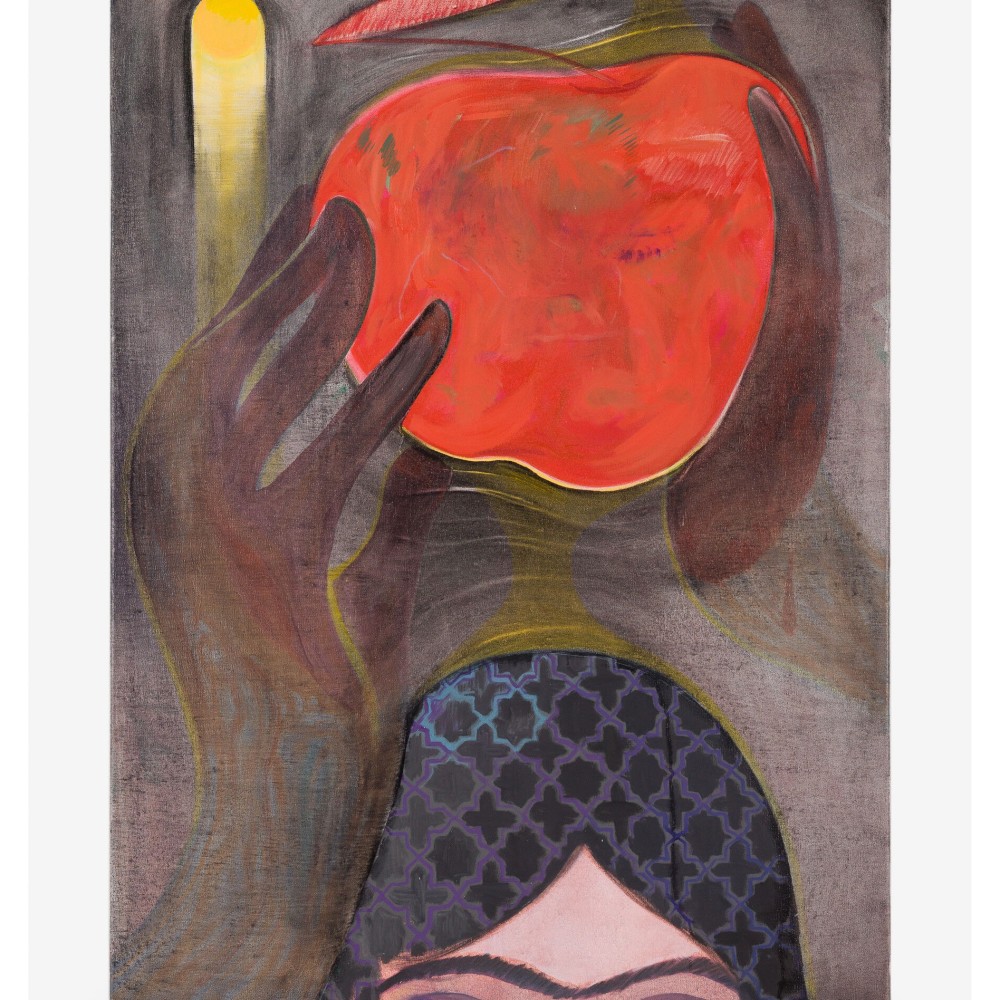 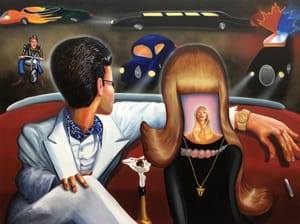 LM Gallery is glad to announce a new exhibition “A Private Matter” which will present for the first time in the gallery the works of: Keiran Brennan Hinton, Justin Liam O’Brien, Alessandro Fogo, Jackson Casady, Henry Curchod, Vojtech Kovarik and Diane Dal Pra.
For this project, the gallery chose a selection of international artists sharing a narration which meets the daily challenges opposed by contemporarity.
Among those challenges here we find the urge to catch an intimacy which can be unfolded only thanks to the use of the canvas. Despite all artists presented are different in style and vision, they represent ritual moments of their hidden or private sphere: people and relations accompanied by the restless nature which resists despite being distressed.
Either should be a person caught in the midst of a daily action or empty rooms showing objects owned , private moments shared by a couple or landscape inhabited by lonesome creatures, or just intimate portraits.
Everything seems caught furtively by the artist’s eye, as if he would be spying the scene while hiding behind a semi-closed door or watching through a keyhole stealing that sacred moment. Even when the subjects gets more vivid and explicit, it is the intimacy (of a lone individual or a couple) that defines the surface of the painting.
However, the so-called intimacy is not tangible yet summoned through a “non reality”: allegorical figures, enigmatic symbols along with stretched to the limit human bodies suggest an universe driven by a higher power, not bad nor good, which owns the scene.