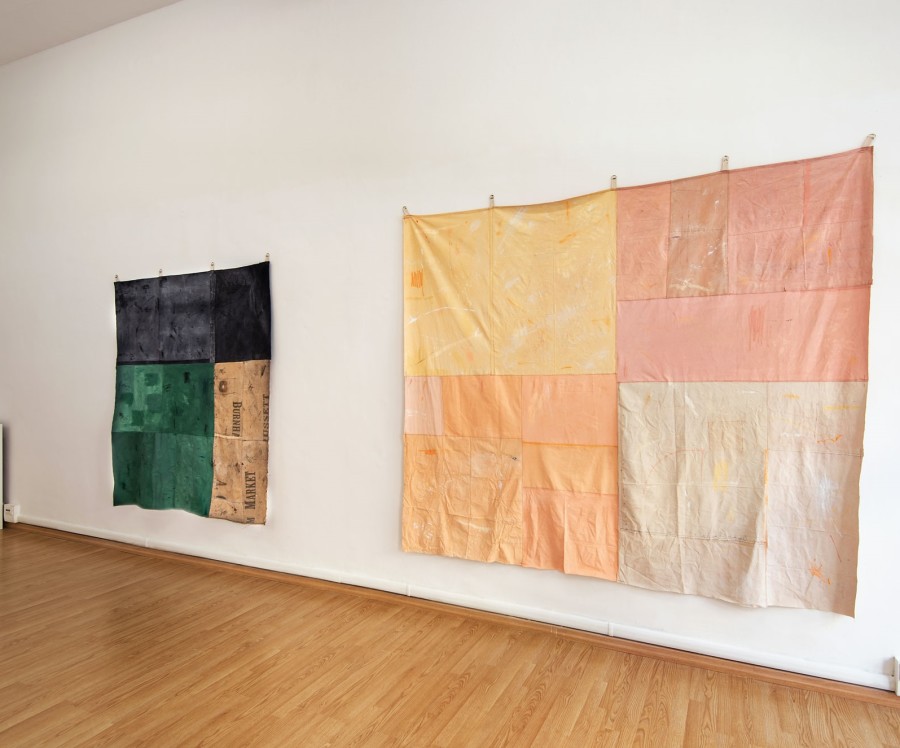 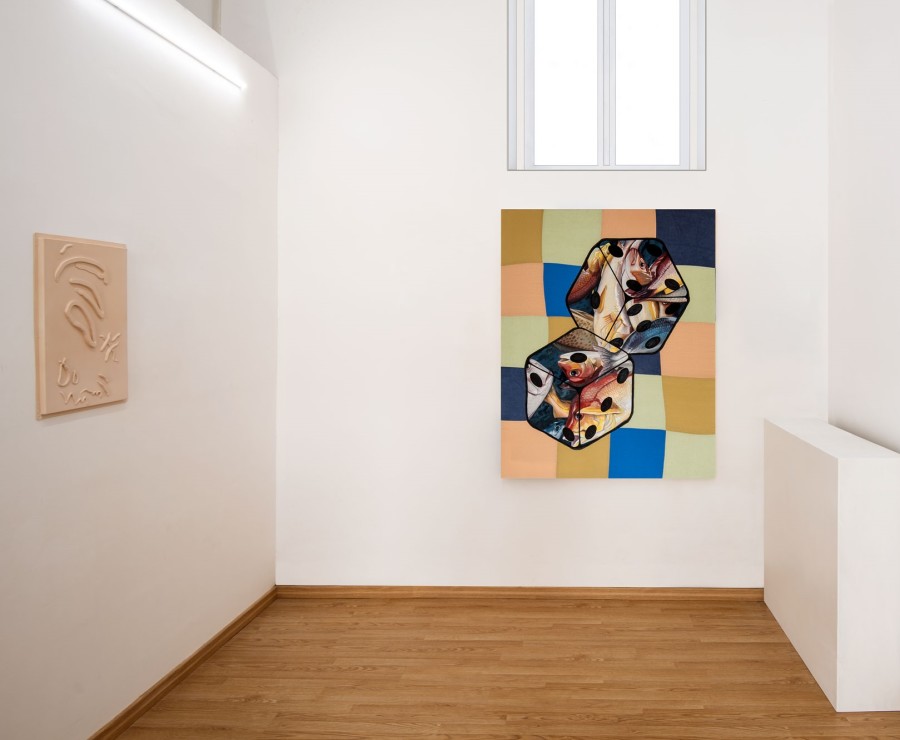 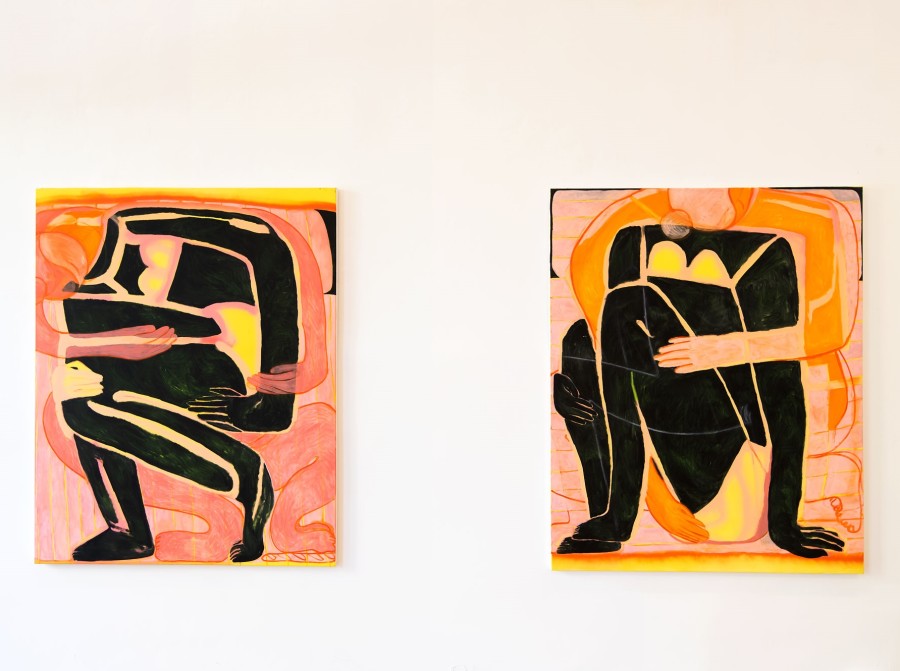 LM Gallery is glad to present the exhibition “Rainy Day Canape”, that will bring for the first time in Italy the artworks of a group of women artists: Tess Williams (1990, London), Hannah Sophie Dunkelberg (1987, Bonn), Stephanie Hier (1992, Toronto)  Tahnee Lonsdale (1983, London), Yelena Popova (1978, USSR) all coming from different grographic areas, but also from different artistic experiences.
This group show wants to illustrate the vision of a new generation of women artists, who describe their contemporaneity from a feminine point o view, characterized by a profound, intimate and sensual approach.
However, this private aspect of the exhibition is contrasted by the large scale of the artworks. This strong and spectacular effect of their sculptures and paintings forces the viewer to stop for a slower and deeper look, but at the same time it doesn’t deprive him of the enjoyment that the artwork can offer.
Rainy – Day Canapè refers to the title of one of the most famous Dorothea Tanning’s works.
Renowned paintress, sculptress and poetess, she is well-known for her surrealistic paintings, whose she challenged the boundaries to move over. After her pictorial mannerism begin, when she lived obscured by her husband Max Ernst, Tanning used the surrealistic ambiguities and instincts in a new and innovative language, that found the perfect expression in scupture. The effort of an emancipation of the previous activity brought her to an unexpected evolution: still influenced by the Surrealism, she searched for an emancipation of the role of women in art – who were marginal at that time – creating forms that were the testament of her being a woman: curvy lines and soft silhouettes built the iconography of a typical female touch, characterized by a flexible and sensual sign.
This sensuality is evident also in the artworks of the four artists of this exhibition, where their femininity is not gentle, but audacious and carnal, as well as elegant. Through an anti academic and personal practice, Hier, Williams, Dunkelberg and Lonsdale oblige the viewer to question about issues such as domestic life, relationships and the re-use of traditional and popular activities as sewing, used for example in the works of Tess Williams.
This exhibition surrounds the spectator with warm colours and soft lines, apparently comforting, though hiding a reality that is not so reassuring.
The exhibition will open june 8 and will run through september 14th.
Text will be written by Domenico De Chirico and will be accompanied by a catalogue of the exhibition.